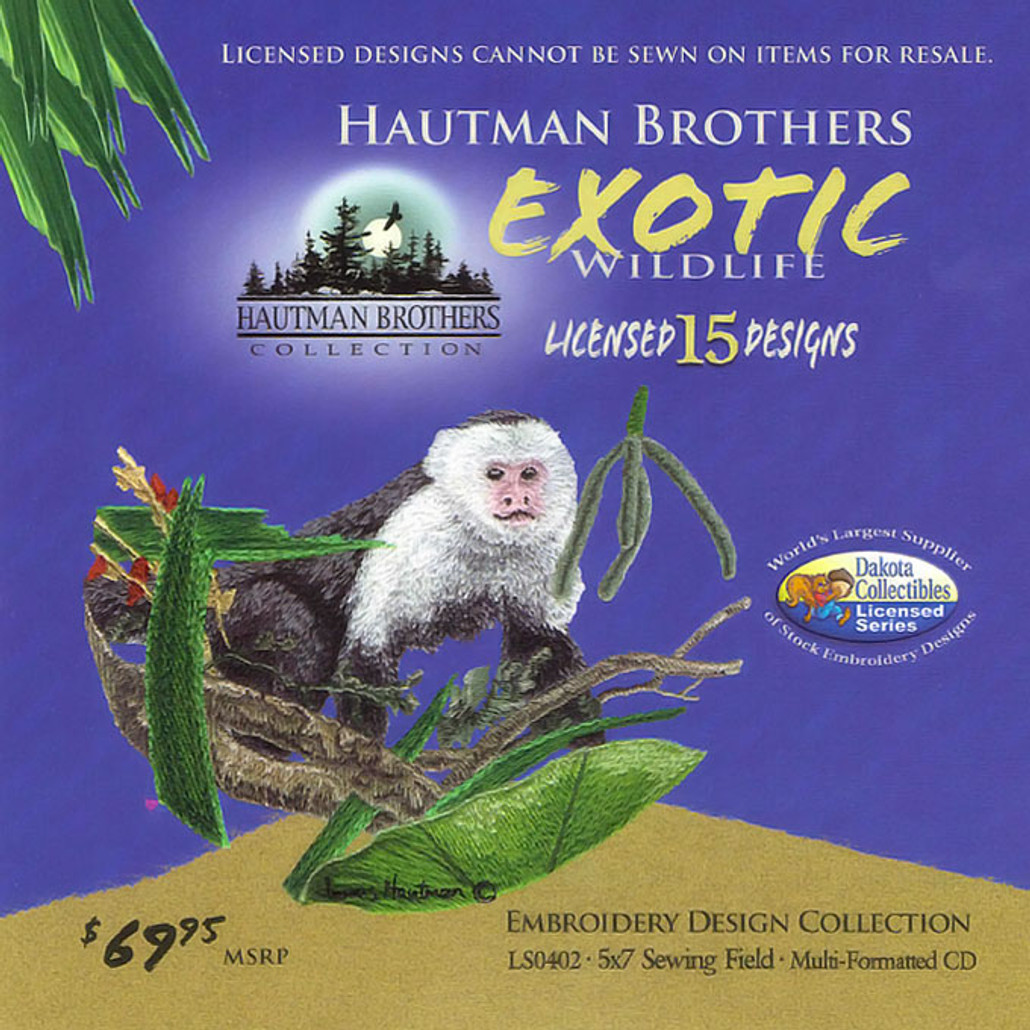 No reviews yet Write a Review

Hautman Bros. Exotic Wildlife is now available from Dakota Collectibles Licensed Design Collection. The designs are 5" x 7", so the designs can fit on only certain machines. These designs can be embroidered on any machine that has a 5" x 7" hoop or larger. The designs are written in .art, .cnd, .csd, .dst, .exp, .hus, .jef, .ofm, .pcs, .pes, and .sew on a CD.

The Hautman Brothers have established themselves among America’s foremost wildlife artists. All three brothers have received numerous honors and awards, and have dominated many state and national duck stamp competitions. At last count, the three brothers have seen their art featured on over 43 state and federal stamps. James, Robert and Joe are the only brothers ever to win the coveted Federal Duck Stamp Contest. The talents of the Hautman Brothers as well as their unique family gift have been featured in the film Fargo. They have received national accolades from newspapers such as USA Today, The Washington Post, Minneapolis Star Tribune and The St. Paul Pioneer Press, as well as TIME, US News & World Report, Sports Illustrated, U.S. Art, Fur-Fish-Game and North American Hunter magazines. The Hautmans’ creations have been personally presented to the President in the Oval Office and are part of the permanent collection of the Smithsonian Institute in Washington D.C. In 2003, the three Hautman Brothers were selected to design a series of endangered species stamps for the United Nations. 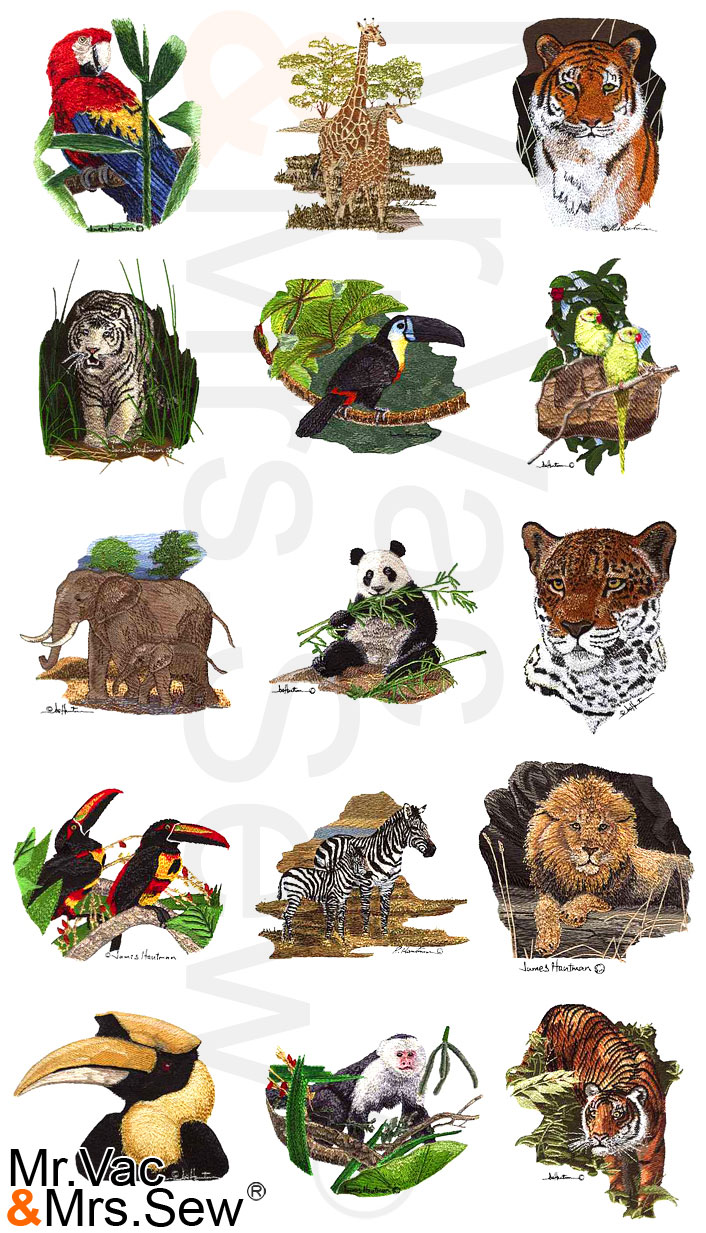